The latest from GMS and featured sources
10
Apr

April 10, 2018  – Dallas, TX – The 2018 Global Media Summit (GMS), weeks away, will showcase well-known media veterans on the Main Stage of the April worldwide event. GMS, now in its third year, will take place at the Gaylord Resort and Convention Center, April 26-28, 2018. 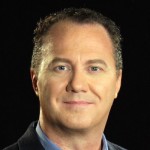 James Randall Robison (Randy) is a writer, producer, and co-host for the daily television program LIFE Today. He is the author of Rise Above, Our Presidents and Their Prayers with Sen. Rand Paul, and The Age of Promise. He and his wife are graduates of Oral Roberts University and the parents of four children. 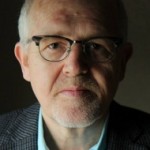 Brian Bird is a thirty-year veteran of the Hollywood film and television business and is co-founder of Believe Pictures with Michael Landon Junior. Bird is the executive producer and co-creator of the highly acclaimed Hallmark original series, “When Calls the Heart,” (2013-17). Because of its stellar ratings, “When Calls the Heart” has been renewed for a fourth season on the Hallmark Channel. His other writing and producing credits include the 2017 feature, “The Case for Christ,” “Captive” (2015) for Paramount Pictures, “The Ultimate Life” (2013) for 20th Century Fox, along with the TV film, “Beverly Lewis’ The Reckoning” for the Hallmark Channel (2015). Between 1998-2003, Bird worked as co-executive producer and writer on the final five seasons of the popular series, “Touched by an Angel.” 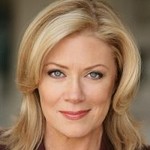 Nancy Stafford has appeared on countless television shows including the current series, “Scandal,” “The Mentalist,” “ER,” “Frasier,” “Babylon 5,” and “Baywatch.” Her latest films include “Heaven Bound,” Heritage Falls,” “A Mermaid’s Tale,” and “I’m Not Ashamed.” Her short film, “Common Threads,” won 2017 Best Film at the California Women’s Film Festival, IFS, and Best Shorts Competition. Nancy is the ‘voice’ in numerous projects-from Mattel video games to PBS documentaries. She recently co-produced, co-wrote, and co-starred in the TV pilot “Generation 4.0.” She has been a series regular on six television shows including “Matlock,” the Emmy-winning “St. Elsewhere,” ABC’s “Sidekicks,” and has appeared in over twenty-five episodic roles. Stafford, a popular conference speaker, is also the author of two books, Beauty by the Book: Seeing Yourself as God Sees You and The Wonder of His Love: A Journey into the Heart of God. 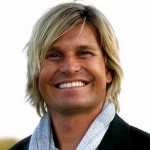 2016 GMS Platinum Award-winner, Edward John is an international evangelist and author, accomplished musical artist, television personality and a successful Director of Programming on a national network. Edward John is currently the face and visionary for Kanal 10, a Scandinavian Christian TV Network. He hosts the flagship Scandinavia LIVE, his television teaching series and Kanal 10’s network specials. He is also the senior producer of the new flagship show Presidential spots on GOD-TV. 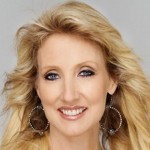 Laura-Lynn Thompson is the co-host of the “700 Club Canada” as well as her own national show, “Laura Lynn and Friends.” She appeared as a special guest on the “Women of Faith Tour” and over 90 of her interviews have appeared on the Biography Channel in Canada. She is the author of one book, her memoir, Relentless Redemption. 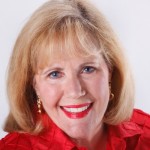 Global Media Summit Founder and President, Suellen Roberts, will also provide a keynote address at the 2018 Global Media Summit. Roberts brings two decades of television experience to the stage. She was a television producer with three nationally syndicated shows, was a television station General Manager and Senior Vice President of a broadcasting corporation. “You can’t ask for a better lineup than what we will offer at this year’s Summit,” said Roberts. “This is a great opportunity for all media professionals to learn and be inspired by some of the best in the business.”

The theme of the 2018 Global Media Summit is “Victory in Battle.” GMS provides an opportunity for Christian media professionals, both men and women, to come together and be inspired, equipped, and to connect with each other.

To register for the 2018 Global Media Summit, visit www.gmssummit.com. 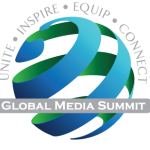 The Global Media Summit (GMS) is “A Christian Alliance Uniting Media Professionals Globally.” Since 2016, GMS has provided a platform for both male and female media professionals to be empowered by God to move forward in the secular and Christian media arenas. Suellen Roberts, Founder of Global Media Summit, along with the GMS Advisory Board, made up of Robert Higley, Paul Crouch Jr., Brenda Crouch, Lisa Mouradian, Lisa Burkhardt Worley, Randy Weiss, Cameron Arnett, B.J. Arnett, Sharon Hill, Harral Scott, GMS members and the International Partners, plan to provide a premiere experience as people unite together.

GMS 2018 will also give men and women the opportunity to be inspired by talented musical artists and keynote speakers who are globally recognized for biblically based teaching. The outstanding seminar faculty will equip each attendee to go to the next level and the international program will provide a vision of what God is doing globally. Through this summit, life-long relationships will be formed to unify Christians, empowered to be a positive influence in our culture through media, domestically and internationally.

The Global Media Summit 2020 (GMS) provides a platform for media professionals to be empowered by God to move forward in the secular and Christian media arenas.