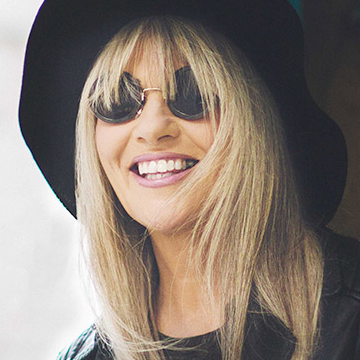 Wendy Alec is a prolific writer and award-winning TV producer who heads up the global GOD TV network. Wendy was born in London and grew up in South Africa. She trained in Speech & Drama and worked in the advertising / TV production industries in Johannesburg, first as a copywriter, then as a Creative Director. Wendy returned to the UK in 1991 where she co-founded GOD TV in 1995, Europe’s first daily Christian television network, which has grown rapidly over the past 20 years, now with a broadcast reach of 951 million viewers.

As the GOD TV’s Head of Programming, Creative Director and a television host, Wendy’s objective has always been to make Christian television relevant to the unchurched and to reach a younger demographic of viewers. As GOD TV’s Executive Producer she has won several awards from the Christian Broadcasting Council of the UK. In 2014 she became the network’s President and continues to lead GOD TV from its broadcast headquarters in Jerusalem.

Wendy is also the Director of WarBoys Entertainment. She was coached in screenplay writing by Hollywood professionals and has several screenplays in development. She is the best-selling author of the epic fantasy saga, Chronicles of Brothers. The first four books in the series: The Fall of Lucifer; Messiah – The Final Judgment; Son of Perdition; and A Pale Horse have been published and other titles are in the pipeline. Wendy has also written the Journal of the Unknown Prophet and Visions From Heaven.