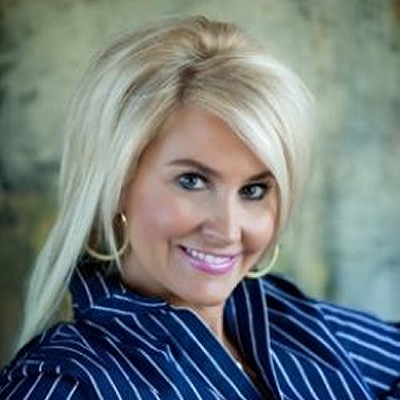 Announcing Tracey Mitchell as the new President of the Global Media Summit.  As one of the nation’s leading Bible teacher and conference speaker, Tracey travels 40 plus weeks a year speaking to diverse and cross-cultural groups. She travels throughout America and internationally, including Cuba, South America, Africa, Canada and the Middle East. Whether speaking to men, women corporate CEO’s or the homeless, Tracey’s love and passion for re-writing the lives of the brokenhearted make her messages relevant and empowering.

She is a published author of, Downside Up, Becoming Brave and The Invitation, Executive producer and co-host of Life From DFW, Vice President of Christian Women in Media and CEO of The Winning Woman, a ministry-based consulting firm.

Executive Producers of Life from DFW, Tracey and her husband Robby, reach millions via satellite, cable television and Internet. A veteran in the television industry, Tracey has compiled over 20+ years of on-air work and is the Vice-President of Women in Christian Media an international non-profit organization.

Programmer and guest appearances on media outlets include:

As Founder  & CEO of the THRIVE Conference – Dallas, Tx

In 2019 Mitchell was award the  Christian Literary Award in the non-fiction category. In 2016, Tracey was nominated for Texas Woman of Excellence. In 2015 she was the presented with the “Outstanding Woman Entrepreneur Award” bestowed by the GSWB Chamber of Commerce. In  2008 she awarded “The Excellence in Communications Award”, given by Women in Media. In 2006 she received an Honorary Doctorate in Divinity Degree.