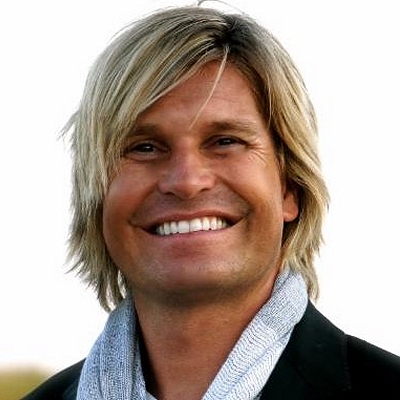 *Pre-Event with Edward John, Fight for Your Soul information

Edward John, born in Oslo Norway is an international evangelist and author, accomplished musical artist, television personality and a successful Director of Programming on a national network in Norway. He has dedicated his life to spreading the Gospel on a global scale.

John possesses a rare gift of captivating an audience from leaders of nations to people in all walks of life. Using his God given talents in music, creative leadership, outreach ministries, DVD Series and media has made him an internationally recognized personality. He is featured in large and small venues of churches, conferences, seminars and television worldwide.

Appearing regularly as guest on Life Today with James & Betty Robison his teaching series Fearless Living gained worldwide popularity. John is also an honored Life Today Ambassador. In addition he has been a regular guest on Daystar, TBN, Morris Cerrullo and co-hosted Behind The Scenes at the TheDove/CMA Awards and NRB.

To his credit as star and co-producer of The Chase television series John won the Peoples Choice Award from NRB the National Religious Broadcasters Association. The Angel Award was conferred on John for excellence in media. More recently, Edward John walked away with the 2016 Platinum Award at the Global Media Summit, Dallas Texas, recognizing his lifetime of excellence in media. Edward John is currently the face and visionary for Kanal 10, a Scandinavian Christian TV Network.

He hosts the flagship Scandinavia LIVE, as well as, his own television teaching series and Kanal 10s continuous network specials. He also hosted GODTVs (UK) music program Scene Doc for several years running. He currently is the senior producer of GODTVs new flagship show and presidential spots with co-founder and President of GODTV’s, Wendy Alec.

As an accomplished musician John’s hit songs What if and I Give you My Heart hit the airwaves and radio charts in much of the world. He is currently singing a duet on Europe’s number one club-charter’s CD with the song The Beach. John’s new book, JESUS How Full of Grace is was recently released in Scandinavia (2015) and his book Fight For Your Soul:How to Become Spiritual Fit in 90 Days, is scheduled to be released next year 2017.

Edward John is a man that walks by faith daily and follows the call of God on his life. He resides in Oslo, Norway with his family and has an office in Dallas Texas.